The Security update can be downloaded from the location https://support.microsoft.com/en-us/kb/3184736

We have run into the below 2 issues:

Just posting them here so that people can look into these 2 issues after the update and rectify them if they  experience the same:

1) Microsoft Search Host Controller would go disabled – So started the service ran Update-MailboxDatabaseCopy -CatalogOnly for the indexes to reseed which resolved.

2) Got ASP.Net runtime error for ECP – But strange out of all installed servers only 3 servers ECP were affected and rest all was fine.
On comparing the web config found that the ECP BinSearchFolders were showing as %ExchangeInstallDir% instead of C:\Program Files\Microsoft\Exchange Server\V15\
Changed the path location to C:\Program Files\Microsoft\Exchange Server\V15\ which solved the issue.

3) Few OWA users were getting the below message bad request , unable to login to the OWA page and the message appeared as below with the blank white screen with bad request. 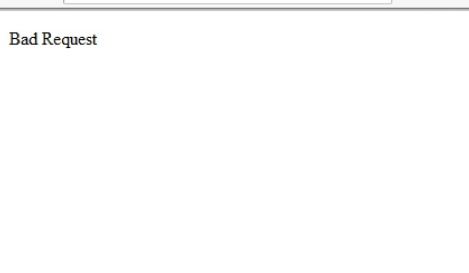 Ran the UpdateCAs.PS1 script on all mailbox servers found on the location  C:\Program Files\Microsoft\Exchange Server\v15\bin\UpdateCas.ps1 after which the issue was resolved.

This site uses Akismet to reduce spam. Learn how your comment data is processed.